Congratulations go out from the CFB Esquimalt Power Boat Club to one of our members and his family as recipients of a BC and Yukon Lifesaving Society Rescue Award. Information forwarded to us follows:

As newer members of the CFB Boater’s Club, I thought you would be interested in hearing of our exciting news.

May Long Weekend 2015 my wife, Meagan, and I were off Trial Island enjoying a sunny afternoon. I was teaching my wife to drive our newly acquired Seaswirl boat and doing a bit of fishing when a mayday alarm sounded on the VHF radio. As any good boater would do, of responded to it. Having an extensive background in Search and Rescue with the CCG we went into SAR mode!! Just off our port bow about a ½ mile out in the middle of a 13 knot current ,we made out what was a very small indicator of a bow of a boat with two men waving their arms, and then could faintly hear distressed calls for help, we secured our boat and responded with in 2-3 mins and wound up rescuing two Boater’s that were in pretty close to disaster and letting go, they were not wearing Lifejackets, and their boat was submerged with only about 3 feet of the bow out of the water; one of the men did not even know how to swim. After securing them onto our vessel and calming them we then responded to Victoria Coast guard radio we described ourselves, the situation, and our port of moorage as members of the Canadian Forces Boaters Club, we delivered the two individuals to waiting authority’s and ambulance at the James Bay boat launch and returned to the club for a muchly needed glass of wine, or two.

In recognition of our work in getting them safely aboard our boat and getting them to safety we were indorsed by the Victoria Police dept., and are being honored with a BC and Yukon Lifesaving Society Rescue Award at the 104th Annual Commonwealth Awards for Honor and Rescue, on March 5th 2016 in Vancouver, with the honors being presented by the Hon Judith Guchon, OBC Lieutenant-Governor of BC
Should you wish to tell others or place this info out to others, you have our permission. 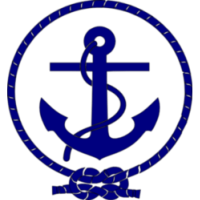